Sorry it’s been awhile again. Between pregnancy, work and preparing for a basement remodel, I’ve been a bit preoccupied. Since I seem to be on healthy pregnancy kick this week (promoting it, that is) I decided to remind you all out there how important a healthy diet is during these early formative months. If you are thinking about getting pregnant or already are, here are a few things to consider.

1. Eat a “whole foods” diet.
What is a whole foods diet? Whole foods are those that are unprocessed and unrefined. I like to think that they are those foods you can picture growing in nature. For example, I can imagine and trace the steps back to where my oatmeal came from, or any grain for that matter. Or fruit, beans, meats, etc. My gummy Easter candies, on the other hand, not so much. And yes, I do have gummy Easter candies.

Why does this matter? First of all, whole foods are loaded with vitamins and minerals. We wouldn’t need prenatal vitamins if we simply ate a whole foods diet. The first actual synthetic vitamins weren’t even created until 1935, so generations of women made babies without supplements.They also ate far fewer processed foods, so their diet was superior nutritionally. You can get all the key prenatal nutrients from food: folate, choline, Vit A, Calcium, Omega 3’s, etc. Now, I never tell a preggo not to take her prenatals, but I will admit I’m not a religious prenatal-taker. I watch my diet and take about half the recommended dose of my vitamins. I don’t feel I need to take 100% of my vit/min needs synthetically if I’m also eating a well balanced diet. Doesn’t make sense.

The other reason a whole foods diet is so important goes beyond what the eye can see. More and more research is surrounding what we call “epigenetics.” Epi in Greek means above or over and genetics means, well, I think you know. Basically it’s the study of changes in gene expression by mechanisms that do not involve change of the actual gene itself. There are mechanisms that can turn genes “on” or “off,” and these factors can be influenced by diet. Fascinating stuff. Research has shown in mice that poor diets can influence genes expression AND those changes can be passed on to subsequent generations. A quote from an online article: “Many epigenetic effects stem from the mother’s activities during pregnancy. For example, if a mother overweight during her pregnancy, it can affect weight control mechanisms in her child, leading to obesity or diabetes years later. These effects can even be passed down through multiple generations, so eating particular foods or being exposed to environmental factors could lead to effects in grandchildren and great-grandchildren.” From http://persagen.com/docs/Epigenetics.htm. BPA, the villain chemical of recent years, is another that may influence gene expression. Read about it here: http://www.medicalnewstoday.com/releases/78318.php.

2. Eat foods rich in choline.
I know I said I avoid vitamins. That being said, there are a few exceptions I make, one of which is choline. I’ve harped on choline before but I think it warrants repeating. The thing is, most prenatal vitamins don’t contain choline. The research is still emerging (but it’s there!) that choline is a critical nutrient during pregnancy. Nobody ever talks about it though. Research is showing that similarly to folate, choline plays a vital role in closing the neural tube and preventing neural tube defects. In fact, the role choline plays typically occurs before a person even knows they are pregnant, much like folate, so sufficient body stores are important.

Choline is also implicated in healthy nerve and memory function. One study showed that choline-deficient preggo rats gave birth to offspring that had memory deficiencies later in life. Extrapolated to a human timeline, it appears that around week 27 is the critical time for choline to help create critical pathways for short-term memory formation. Offspring from deficient mothers won’t notice the effects until after the age of 30, if going according to the rat models. Might explain my short-term memory problems. Sorry mom, just sayin’.

If that wasn’t enough, research also shows in rats that high dose choline can help mitigate the brain-damaging effects of alcohol abuse by pregnant women. No excuse for drinking, but fascinating that there might be some help for disadvantaged babies. Also choline may also help prevent preeclampsia, premature birth and low birth weight. I have to say, what does choline not do? And come again, it’s not in my prenatal vitamin?

3. Vitamin D
Yeah, Vitamin D again. Unfortunately Vitamin D is just one of those vitamins that is hard to get from food and seemingly hard to get from the sun given the terrible winter we’ve had. I’m about fed up with this Seattle weather, which is saying something coming from a true Washingtonian who generally thrives in the rain. I do have my limits though. But enough about the weather. We in the Northwest need a little Vitamin D boost once in awhile and especially during pregnancy. Did you know that every tissue in the human body contains Vitamin D receptors? The crazy thing is we don’t yet know what all these tissues are doing with Vitamin D .. we just know they are set up to bind the little guy, and, we assume, use it in some way. Similarly the placenta uses Vitamin D to support its development and growth. Vitamin D can also help prevent preeclampsia and, in babies, help prevent allergies, Type I Diabetes, and MS. None of these connections are definitive, but there are links showing deficient mothers have offspring with increased risks in these areas. And of course there is the obvious. Serious Vitamin D deficiency can lead to rickets. While rare this is stil a concern. Given there seems to be no harm in taking some extra D, I do add Vitamin D to my supplement regimen, particularly while pregnant and breastfeeding. 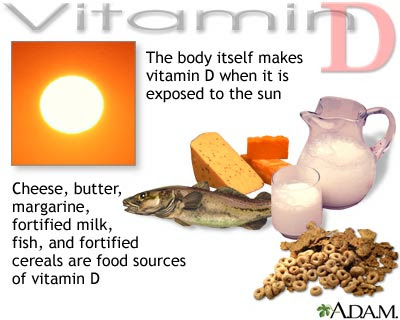 4. Breastfeeding
Speaking of breastfeeding, oh my goodness I cannot harp on this enough. BREASTFEED! Don’t tell me you can’t make enough milk. The minute a single drop of formula enters your baby’s mouth your milk supply starts to decrease. Your body cannot simply ramp up supply if you are supplementing at the same time. I know it sounds harsh and I may offend some, but low supply should not be as common as it is. Yes it does occur occasionally, but the incidence I saw of it working at the WIC clinic would mean certain death for half the babies in the “old days.” You do make milk; you just need to work at it. Ok, off my soapbox about that. I would now get on my soapbox about all the benefits of breastfeeding and the potential ills of formula, but you know what, you all know breastfeeding is superior and frankly, it’s getting late. I’ll have to rant on breastfeeding another day. Suffice it to say it helps boost baby’s immune function, supports healthy gut flora, reduces the risk of allergies, and provides strong maternal bonds between baby and mom. It’s hard work, but what isn’t.

There is much more I could say about diet, health and pregnancy (I didn’t talk about Omega 3’s, for example), but there are some few tips for now. There are foods you can eat in all these areas to meet your needs without the use of supplements, so let’s talk if you want to go au natural.

To all the preggos and preggos to be, I bid you good night.